Join Us and Let’s Work Together

“Rod quickly brought a level of professionalism to our game-day security team. Under his leadership, there has been a significant improvement in security and fan safety.”

“Rod’s level of professionalism and attention to detail when liaising with the security staff, local police and event management was exceptional and very well respected.” 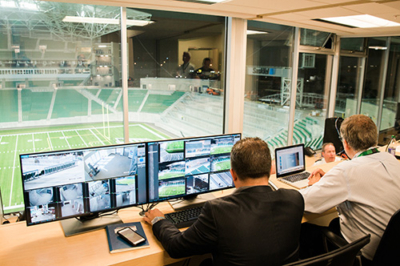 Anyone who has been to a concert or sporting event in recent years understands that security at public events has increased exponentially. The men and women at Buckingham Security are experts in the field. Several members of the team have coordinated security for the Big Valley Jamboree, a mega concert in Alberta, Canada. In addition, company president Rod Buckingham currently serves as the Senior Security Advisor to the Canadian Football League and he’s the game day security coordinator with the Saskatchewan Roughriders Football Club. He also conducts security for touring rock stars and celebrities, and dignitaries from around the world.